Come celebrate ‘125 Years in the Marking’ with the Consolidated sales team at booth # 2111 Feb 20-23, 2018 at the RIO Las Vegas Hotel & Casino! We will have lots of giveaways and two show specials available (show specials are exclusive to IMIA Members, coupons will be obtainable at the IMIA booth). Our booth this year will feature the new P7 Printer in Optic White and the 2000 Plus® HD Series pre-inked stamp system. Viva Las Vegas!! 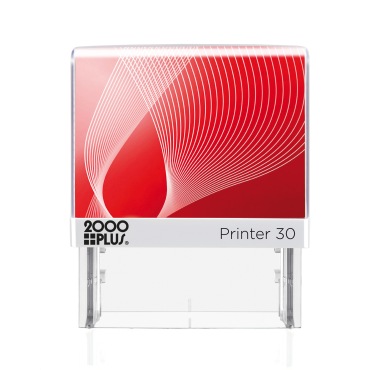 Consolidated Marking is excited to announce the addition of the P7 Printer Standard in Optic White to our lineup of 2000 Plus® self-inking stamps.

This new, modern look will provide an alternative housing color to our standard black units, giving manufacturers yet another option to present to the marketplace. In conjunction with the P7 Standard and Green Line units, the Optic White housings will retain the same award winning feature of the P7 design with its ImageCard™ customization area for endless branding and personalization options.

These new mounts will be available January 2018 with Black or Dry pads in our most popular selling sizes – the Printer 20, 30, and 40.

For more information or to pre-order, contact us at 1-800-323-0253 or by email at sales@consolidatedmarking.com

Place your orders today for 2017 daters by indicating “2017 MERCH” on your purchase orders. These orders begin shipping on Friday – November 18, 2016.

Consolidated Marking will feature the new 2000 Plus® HD Series in the “Queen City”! Stop by booth # 630 for an in-person demo and see why we feel it’s the best pre-ink stamp making system on the market. Our team will also be joined by our neighbor to the North, Coscan Industries. We’ll have plenty of giveaway items, new marketing literature, and product samples. See you in Charlotte!

Consolidated Marking is excited to announce the launch of a new pre-ink stamp line, the 2000 Plus® HD Series. The 2000 Plus® HD Series incorporates features derived from industry and end consumer feedback, resulting in what we feel is the highest quality pre-ink system available on the market. The combination of our new HD foam and certified “Document Proof” ink formulation produces a high definition impression quality your customers will love.

The 2000 Plus® HD Series will be available in 17 popular sizes (12 Standard, 5 XL) and 3 pocket stamps. In addition to a high quality impression, the most popular standard sizes will feature a transparent, attached flip lid.

Building on the success of the evostamp+ manufacturing process, the HD flash foam thickness is compatible with any of the FS-1200 flash machines already in the field. The cartridge housing and trim ring assembly is also similar, making these stamps incredibly easy to produce.

The new HD ink will be available in Black, Red, Blue, Green, Violet, Gold and Orange in both 250ml and .9oz bottles.

Click the link below for details on our March promotion and Pick to Play form. We’ll be updating brackets here weekly starting Friday March 11th. All pick to play forms must be in by Thursday, March 10th. Good luck!

‘Twas the Night Before Stampmas, when all through the shop,

No stamps were re-inking, not even a drop;

The daters were hung by the laser with care,

In hopes that more orders soon would be there;

The workers were nestled all snug in their seats;

While visions of re-bands became their next feat;

And Manager with pre-ink, and I with dust cap,

Settled our impressions for a long winter’s nap,

When out on the lawn there arose such a clatter,

I sprang from my computer to see what was the matter.

Away to the window I foamed like a flash,

Tore open the shutters and threw up the sash.

The moon on the breast of the new-fallen snow,

Gave a lustre of midday to objects below,

When what to my stamp maker eyes did appear,

But a miniature sleigh and eight tiny rein-deer,

With a little old driver so lively and quick,

I knew in a moment he must be Stamp Nick.

More rapid than Eagle Zephyrs his coursers they came,

And he whistled, and shouted, and called them by name:

On, Comet! on, Classic! on, EVO and Pullman!

As leaves that before the wild hurricane fly,

When they meet with an obstacle, mount stripped to the sky;

So up to the stamp shop the coursers they flew

With the sleigh full of Ink, and Stamp Nicholas too-

And then, in a twinkling, I saw in a proof

A scratch on a negative that looked like a hoof.

As I drew in my head, and was turning around,

Down the chimney Stamp Nicholas came with a bound.

He was dressed all in fur, from his head to his foot,

And his clothes were all tarnished with black ink and soot;

A bundle of stamps he had flung on his back,

And he looked like a salesman just opening his pack.

His eyes-how they twinkled! his dimples, how merry!

His droll little mouth was drawn up like a bow,

And the beard on his chin was as white as the snow;

The stump of a ruler he held tight in his teeth,

For measuring R40’s that were round like a wreath;

He had a bold faced font and a little round belly

That shook when he laughed, like a plate full of poly.

He was chubby and plump, a right jolly old elf,

And I laughed when I saw him, in spite of myself;

A wink of his eye and a twist of the dial

Soon gave fine impressions which made us both smile;

He spoke not a word, but went straight to his work,

Mounting my dies but then turned with a jerk,

And laying his finger aside of his nose,

And giving a nod, up the chimney he rose;

He sprang to his sleigh, to his team gave a whistle,

And away they all flew like the down of a thistle.

But I heard him exclaim, ere he drove out of sight-

“Happy Stampmas to all, and to all a good night!”

We live in a world of personalization.  A trend of a heightened sense of personalization has been building for some time in the virtual online world of social media where individuals have been creating a tailored version of their own identity. The trend is evolving, spilling into the marketplace from the virtual world into the physical one.  Whether it’s on social media or the products they buy, people are creating an identity for themselves in new ways.  Most of this new identity revolves around images important to them. As technology changes it has become easier to personalize the skin of your phone or other products important to you. With our new 2000 Plus® Printer Series we’ve opened the door for the personalization to the office and home when it comes to stamps.

The new 2000 Plus® Printer Series utilizes a large window that allows a user to change the look of their stamp in new creative ways.  This can be accomplished by designing a unique ImageCard™ that slides into the large window giving the stamp an appearance all its own. Anytime the user would like to change or update the look of the stamp all they need to do is simply design a new ImageCard™.  What does this mean in the market of marking devices? It means there is a place to capture the desire for personalization as never before while keeping the process simple and economical. The new 2000 Plus® Printer Series also creates the opportunity for other avenues of product enhancement such as branding and advertising. You’ll never look at a stamp the same way again. END_OF_DOCUMENT_TOKEN_TO_BE_REPLACED